This draw took 741 as the minimum score and issued invitations only to the profiles that have a provincial nomination; this is the reason why the cut-off score was seemingly high. The provincial nomination is all beneficial as it gives an automatic raise to the CRS base score of 600 points. This draw has a lower CRS cut-off of 741 than the last draw which was 753 where 545 PNP candidates were invited.

Table of Content show
1 FSWP and CEC candidates can expect draws in July
1.1 Minister Sean Fraser hinted at the two major points:
1.1.1 ALSO READ: Express Entry Applications Will Return Back To The Usual Processing Time Of 6 Months
2 What is Express Entry?
2.1 An example of how a candidate is invited in the express entry draw through a provincial nomination

FSWP and CEC candidates can expect draws in July

One is about the processing times for the new applications of express entry will be back to the normal standard of 6 months and also the draws will be resumed in early July for the FSWP and CEC candidates.

The draw is on hold since December 2020 and September 2021 for the FSWP candidates and for the CEC applicants respectively. Currently, the processing times are higher than the normal standard of six months, the temporary pause from IRCC is to deal with the clearance of the backlogged express entry applications due to the pandemic.

From January 1 to 31st of March IRCC has made 1, 56,000 permanent residence decisions as declared by a media briefing, this is actually a double in number compared to the exact same period in the year 2021.

Though the newcomers who are all set to immigrate are seemingly reduced in the years 2022 and 2023, IRCC has a target aim of inviting more than 1,10,000 immigrants to Canada through Express Entry by 2024.

ALSO READ: Express Entry Applications Will Return Back To The Usual Processing Time Of 6 Months

Express Entry, a point-based immigration program that manages applications for the key Canadian Immigration Programs such as Canadian Experience Class, the Federal Skilled Worker Program, and the Federal Skilled Trades Program regulated by the Canadian Government where an applicant can submit his profile through an online portal.

The ranking here is done by the CRS which is used to analyze the profile of a candidate, the high scoring candidate is supposed to receive ITA (Invitations to apply), after which the application will be reviewed by the IRCC officers where the applicant will be asked to submit his Passport (PPR) and on final approval, COPR will be issued from IRCC.

Haven is 34 years old, a master’s degree holder who is currently working as a database analyst with 10 years of work experience. He scored 7.5 in listening and 6.5 in all other competing skills in the IELTS exam but he has never been to Canada either for work or study. Haven entered the express entry pool and submitted his profile to the province of Saskatchewan through the Saskatchewan Express Entry stream, he had a minimum CRS score of 360 on receiving the nomination the scores went up to 960 and he successfully received the ITA( Invitations to apply for permanent residence) 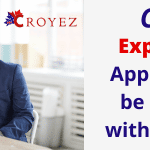 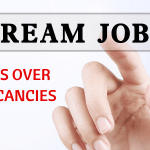 One Million Job Vacancies in Canada