The fifth-all-program draw of IRCC took place on the last date of August when 2750 candidates were issued their Invitations to apply for permanent residence (ITA).

The draw picked up candidates with a minimum cut-off score of 516, Express Entry stands out to be Canada’s major gateway for skilled immigrants.

This draw was not programmed specific and so it allowed all the CEC and FSWP candidates as well making them eligible to be invited, previously there was a pause in the express entry draws for about 18 months since December 2020 and in this time the invites were given only to the CEC and PNP candidates. Also, then the CEC draws was also subsequently ceased to happen from September 2021.

The hold in the draws was because Canada’s borders were closed for months together with some travel restrictions due to the global COVID-19 and as a result, the PR applications were queued up in large numbers.

Out of the draws that took place from July 6, this draw is the one where it seems to be a huge increase in the number of invitations issued and it is leveled up by 500, the graph till this draw exhibits the exact increase of ITA by 250 in number in each draw.

As proof, the scenario was like the first draw in July invited 1500 candidates followed by the second which invited 1750 candidates and it is repeated as such. The CRS for the draws has also shown a falling range of 8 to 9 points in each of the draws where it started with 557 as a minimum CRS score.

It is the online application management system to manage the major immigration programs;

The candidates who wish to apply for Provincial Nominee Program (PNP) will already be eligible for any of the three programs mentioned above.

A point-based system is used to rank a candidate’s profile, and this system is known as the Comprehensive Ranking System (CRS), the high-scored profiles would receive ITA’s (Invitations to apply) for permanent residence.

On review of the application, the decision will be made by the IRCC officer, he may then ask for biometrics and schedule an interview (as required for the profile) and conclude by procuring other additional documents.

On final approval, the candidate becomes a permanent resident of Canada

By 2023, IRCC plans to make changes to the Express Entry with a view to fulfil their purpose of issuing ITA’s to specific individuals with specific education and work experience along with the required language ability, by doing so it aims to give more focus to support Canada’s labour force and economy, this actually means that the CRS score may not be the only climbing ladder and may also be considered less important in the future draws.

The same point was explained by Immigration minister SEAN FRASER at Collision, a technology Conference.

“If we could pick up a skilled bunch of people who will be needed for the next 20 to 30 years to work over the Canadian industries, then this may turn around and create a major economic impact.” 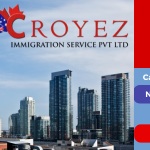