The employers of the sectors are expected to fill out the vacant positions 1, 54,500 in Health care, Social assistance, and 81,900 for the construction sector.

All the provinces showed a hike in job vacancies, the increase is so visible every month and it was evidently seen in provinces including Saskatchewan, Nova Scotia, Newfoundland, and Labrador, subsequently, the vacancy number grew up in Nova Scotia, Manitoba, Saskatchewan, and British Columbia.

In the month of March for every single vacancy, there were around 1.2 unemployed people which seems to be a decline from 1.4 in February. This breakdown can be synchronized with the record low of 5.3% of the unemployment rate and the labor force participation rate hit a high which was near about 87%.

The shortages for labor were particularly felt in Quebec and British Columbia which showed a ratio of 0.8 (i.e.) Unemployment to job vacancies, the low ratio indicates a tougher and tighter labor market, and the highest ratio was 4.3 which was found in Newfoundland and Labrador.

The job vacancies are down for all the 5 continuous months from September 2021 denoting a ransom demand, the economic activities and cycle shows an upward trend in spring and summer and slow down or decrease in the winter.

The data on job vacancies for April 2022 is to be released on June 24th and on June 21st the results of the job vacancy and wage survey from the first quarter of 2022 would be released. 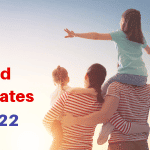