The CRS score of 504 seems to be lower than the previous draw. The seventh all-program draw was held on September 28, 2022

Table of Content hide
1 Highlights of the Draw
2 Comparative Lookout Over the Number of Invitations Issued
3 Comparative Lookout of CRS Scores with Previous Draws
4 Know About the Long Hold on the all- Program Draw Since December 2020
5 Back to Normal: Reduction in Backlog of Applications
6 Current Status of the Year 2022
7 Increased Job vacancies
8 Plans for 2023
9 Know About Express Entry

Highlights of the Draw

Comparative Lookout Over the Number of Invitations Issued

This draw is found to be the third consecutive time where there is a constant increase of 500 invitations compared to the last all-program draw.

To know it precisely in numbers,

The past draws have shown a decrease of 8-9 points but the September 14 draw has a decrease of just 6 points which is the same for the current draw too.

The express entry draws for all the significant programs were on hold for about 18 months. This was mainly due to Covid -19 travel restrictions that led to many backlogs of applications. But during this pause phase, candidates from CEC or PNP alone were issued permanent resident invitations. Later IRCC also stopped these draws in September 2021.

Back to Normal: Reduction in Backlog of Applications

The recent data from IRCC shows the reality of applications that was locked up to millions, the data rightly delivers the number as a reduction from 2.7 million to 2.6 million. This improvement has consequently reduced the applications in the express entry that were waiting to be processed.

Current Status of the Year 2022

Canada targets to welcome 4,32,000 immigrants by the end of this year.

Canada’s immigration targets are hugely leveled up due to the shortage of skilled workers and the job vacancy rate stands high at 5.7%. The shortage seems to increase invariably just because of the country’s demographic status in the upcoming decade.

To curb the labor shortage, Express entry tries to modify the system of choosing candidates in the next year. IRCC would be advised to issue the invitations to applicants with specific work experience, education, plus required language abilities. Simply the choice will lean towards the well-versed candidates who can support the country’s labor force. This change will consider the other important factors lowering the importance of CRS.

The application management system uses a point based known as the CRS Comprehensive Ranking System to invite candidates, the high-scoring candidates receive an ITA to apply for permanent residency. 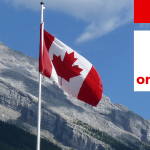 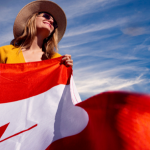