IRCC is getting ready to conduct draws for all other programs of the Express entry on July 6; this is confirmed by the Immigration Minister in the recent interview for CIC news.

The score acclaimed for this draw was CRS 752; the invited candidates have already received a nomination through PNP, here the advantage is the PNP nomination attracts a complete 600 points to the CRS, if not the case the candidates with a minimum or a low range score would have a base score of just 152 points.

In the preceding draw, 932 candidates were invited by IRCC with a score of 796 which is relatively high when compared to this draw.

Is this the last PNP draw?

In the Collision Conference, Toronto CIC news was heard from Sean Fraser, the Immigration Minister, as of now IRCC has planned to recommence draws on July 6 for all other programs of Express Entry.

In the month of April, with relevance to the same, the minister informed that the draws would be resumed for the programs the Federal Skilled Worker Program (FSWP) and Canadian Experience Class (CEC) at the beginning of July but was not so specific with the dates.

Only PNP draws are conducted by IRCC since September 2021 and for the FSWP and CEC candidates, they are on hold for a short time now so as to process the backlogged applications that were clubbed up during the pandemic.

But as of June, the applications have considerably shown an improvement which is 31,603 persons and it was 40,889 in April for the programs the Federal Skilled Worker Program (FSWP) and Canadian Experience Class (CEC)

Since all program draws would be resumed back in 2 weeks, it might not be the end for the PNP draws, IRCC in the past rarely held PNP-only draws, Now IRCC considers PNP to be the predominant of all as it supports the economic growth of the provinces across Canada.

In addition to this, a bill C-19 is to be passed soon in the Canadian Parliament which will have provision to take in Candidates based on the profiles that would match the country’s economic needs and conditions.

An example of this will be like, if the country faces labor shortages in certain occupations, it may hold occupation-specific draws and pick in candidates accordingly.

All these draws by IRCC have one factor in common (i.e.) the minimum scores are above 700.

The candidates in the express entry pool will be qualified for any one of the major programs and may also be invited for PNP.

A point-based system is used by the express entry to qualify candidates based on ranks and scores which is generally termed the Comprehensive Ranking System CRS. On assessment with regard to the scores, high-scoring candidate profiles would be shortlisted and an Invite known as ITA (Invitation to apply) will be issued, after which an IRCC officer will make a decision on a thorough analysis and would demand biometrics of the applicant. If required he may also set up an interview or ask for additional supporting documents.

On approval, IRCC will issue the COPR- Confirmation of Permanent Residence, upon receiving this confirmation, the applicants can complete their landing process, supposing an applicant is outside Canada, and then they can opt for prior pre-landing guidance and post-landing services which would help in their settlement in Canada.

Mano is 39 years old; he is a graduate with a bachelor’s degree, having 6 years of work experience as a Construction Manager. He was proficient in the English language but has not been to Canada either for studies or work. He made his profile eligible for express entry with a CRS score of 386. He received a nomination from one of the provinces, now his CRS rose to 986 with the additional points of 600, the score seems to be more than enough to get his ITA. 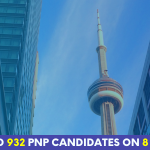 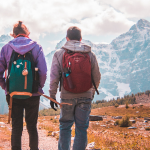