Ontario conducted two draws through Ontario Immigrant Nominee Program (OINP) on February 8 where in the province invited express entry candidates to apply for the provincial nomination. The tech workers and French speakers are given more priority.

The total number of invitations issued was 828, out of which 622 were found eligible for Ontario’s Express Entry Human Capital Priorities Stream.

The eligible candidates having their profile in the express entry system should have a minimum CRS score between 463 and 467 with at least one year of work experience in the tech occupations mentioned below by the NOC code,

The left over 206 candidates were also invited to apply under the other key stream, the French Speaking Skilled Worker (FSSW) stream with the same CRS scores between 463 and 467.

Apart from the CRS score, the FSSW also demands candidates for a minimum (CLB) Canadian Language Benchmark of at least 7 in French and 6 in English.

Above all the OINP also looks into the financial status of the candidate whether they own sufficient funds to settle down in Ontario.

The invited candidates are requested to submit their application for OINP Ontario’s Provincial Nominee Program within 45 Calendar days.

The Benefit of PNP Nomination

The Canadian provinces are allowed to invite candidates matching the requirements to fill the gap in the labor markets of their region. The provincial nomination solidly attracts 600 points in the express entry’s Comprehensive ranking system. The boosted up CRS score increases the chances of receiving the invitation to apply for permanent residency. 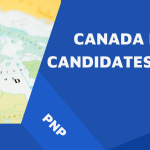 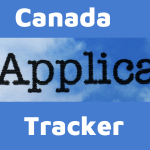