Canada is all awakened and ready to restart the draws for FSWP and CEC candidates at the beginning of July, 2022-Sean Fraser-Immigration Minister

All the candidates who were invited to apply for permanent residence received a nomination through Provincial Nomination Program (PNP) wherein their CRS scores were a minimum of 772. The score is considerably high as the profiles in the express entry are hiked up by 600 points as soon as they receive their Provincial Nomination. So the striker point is that the base points of a low-scored candidate would be just 172 without the nomination.

Previously, IRCC invited 787 PNP candidates where the minimum score was 782.

Starting overdraws for FSWP and CEC in July

Immigration Minister Sean Fraser has recently announced that the draws for FSWP [Federal Skilled Worker Program] and CEC [Canadian Experience Class] candidates will be resumed at the beginning of July. He also added that most of the new applications of Express Entry will revive back to their standard processing time of six months.

Back in the days before the pandemic, IRCC rarely conducted draws for PNP and they were inviting only the candidates with high scores to apply for their permanent residence irrespective of the program they were actually qualified for.

Also in the days of the early pandemic, IRCC’S prime focus was on the CEC candidates with an aim of hitting a admit record of more immigrants in just a year despite the travel restrictions.

Since CEC candidates were mostly inside Canada and were not really subject to any travel restrictions that were imposed between the years 2020 and 2021, Canada was able to coin the strategy to mark a record number of 4, 05,000 immigrants by offering them the permanent residence status.

Nevertheless, IRCC has also given equal focus to the PNP candidates as well all around the pandemic with a view to abide by the provincial immigration goals.

The back drop because of the strategy followed resulted in an accumulation of applications and faced a huge backlog within the immigration system including the express entry and so IRCC has did not invite FSWP candidates since December 2020 and CEC candidates since September 2021.

So the insufficiency of FSWP and CEC candidates subsequently resulted in high job vacancies with low unemployment records.

The timeless and efficient way to get a Canadian PR is via Express Entry, a point-based immigration program that manages applications for the key Canadian Immigration Programs such as the Canadian Experience Class, the Federal Skilled Worker Program, and the Federal Skilled Trades Program regulated by Canadian Government where an applicant can submit his profile through an online portal.

The Comprehensive ranking system CRS is used as a ranking tool to analyze a candidate’s profile and award points accordingly. The top-scoring candidate will receive an ITA (Invitations to apply) for permanent residence. Once the application is reviewed by an IRCC officer the applicant will be asked for biometrics and also schedule an interview to proceed further. Thereafter on approving the application the applicant will receive a confirmation known as COPR (Confirmation of permanent residence) from IRCC, on receiving COPR an immigrant can complete the landing process by taking in the pre-arrival services to settle in the new land –Canada.

An ideal example of who was invited to the new express entry draw?

Annie is 34, a database analyst for the past 10 years, she has written her IELTS and got a score of 7.5 in listening and 6.5 in all other skill categories. She has never been to Canada either to study or work. Annie by dropping her profile in the express entry pool also submitted her profile to the province of Saskatchewan through the International Skilled Worker: Saskatchewan Express Entry stream. 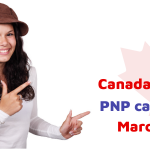 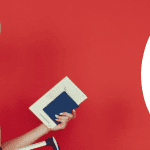