What are the Approved Language Tests for Canadian PR?

When you apply for Canadian immigration through any program, you must prove your communication skills and language proficiency by taking one approved language test. This forms a vital component of the Canada CRS Calculator.

The test you take and the score you need to achieve depend mainly on the immigration program you are applying for. Citizenship and immigration in Canada are pretty transparent. With the right approach, anyone can accomplish their dreams of moving to the maple leaf country.

Let us look at the different approved language tests you can choose from for Canadian PR.

To get a Canadian visa, you need to produce the results of language tests from an authorized organization. There are two authorized language test providers for English – IELTS and CELPIP.

If you want to take a test in the French language, you should go for TEF. All three test providers are authorized by the IRCC (Immigration, Refugees, and Citizenship Canada) to hold language tests.

The three major language tests for Canadian PR evaluate the skills across abilities like reading, writing, listening, and speaking and assign scores for these four abilities. Let us discuss each of these tests to help you understand what you can expect.

One of the most recommended English language tests for Canadian PR, IELTS is accepted internationally by most nations to check the applicant’s proficiency in the English language.

It is highly preferred by educational institutes, corporate entities, and employers across Canada. Universities and colleges in the country also accept this test, and each of them has its own minimum CLB (Canadian Language Benchmark) requirement for qualification.

While the two differ in terms of context, content, and purpose, all the features, including score reporting, length of responses, and timing, are the same for both.

Each candidate has to appear for four tests – reading, writing, listening, and speaking. A score is assigned for each part of the test. In addition, all the scores are averaged and rounded to get an overall band score. IELTS score on a nine-band scale where nine stands for an expert English user with fluency in the language. There is no pass or fail in the test.

ALSO READ: IELTS VS PTE WHICH IS EASY FOR IMMIGRATION?

It is a popular general English language test designed by the IRCC and accepted for immigration, citizenship, and professional designation.

Unlike IELTS, which is intended to test proficiency in international English, the CELPIP is for Canadian English that contains elements of American as well as British English along with Canadian accents.

CELPIP test can be one of the two types – General Test and General LS Test. The General Test category is meant for immigration.

The CELPIP test could originally be taken only from within Canada but has now expanded internationally and has centres across the world, including the countries of India, China, the United States, Philippines, UAE, Singapore, and the Republic of Korea.

Those who want to apply for a Canadian PR and are native French speakers should take the TEF. TEF is accepted by the federal government of Canada and Quebec immigration as proof of French language fluency. TEFAQ is acceptable only for Quebec immigration.

The TEF consists of five modular tests. You should choose the TEF version, including the tests you require depending on your objective. Many schools and universities in Canada allow TEF to certify your French language level as part of your admission procedure. You can contact the institute to determine the type and number of TEF tests you should take.

What Score Do You Need for Canadian PR?

Different economic immigration programs to Canada have different requirements for language test scores. The score you must get on a language test depends on the program you choose for your immigration.

Apart from the minimum score requirements, many programs work on point systems where applicants are awarded points for things such as education, work experience, and age. This means your qualifying score can be different from the minimum requirement, depending on your profile.

Irrespective of the language test you take for Canadian PR, the results are converted into CLB or Canadian Language Benchmarks. This is a national standard in Canada for measuring and describing the proficiency in the English language of immigrants looking to live or work in the country. The benchmarks are structured as three stages and twelve levels.

The system covers proficiency across four skills – reading, writing, speaking and listening. The 12 benchmarks are divided into three stages of proficiency – Basic, Intermediate, and Advanced. Each benchmark is stated in terms of tasks that the applicant can do. Lower levels generally describe people who are new to the language, while higher levels indicate greater proficiency in English based on what tasks they can perform.

These are the three language test options for Canadian PR you should know about. You can first select an appropriate immigration program to Canada and then choose the language test depending on the requirements you must fulfil. 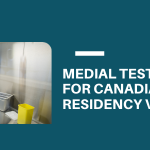 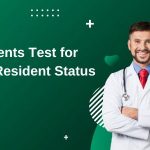