Are you planning to work in Canada but aren’t sure about what your work permits should look like? Thousands of new jobs have been created in Canada since 2021, with existing industries also looking to hire professionals.

Canada immigration work permit processes are complex, but there’s some relief in that area. There are several jobs that don’t require a work permit in Canada, which means that’s one less process to worry about during the immigration process.

Let’s take a look at a few jobs you can take up without applying for a work permit.

A professional or amateur athlete or coach participating in a Canadian sporting event can get jobs in Canada without a work permit. However, if you are an athlete professionally working in any Canadian province, your spouse requires a work permit should they choose to move to Canada with you.

If an aviation accident has occurred and needs the services of foreign individuals for inspection, such inspectors don’t require work permits to perform their services within Canada.

An individual entering Canada temporarily for their work on international commercial flights can perform their roles without a Canadian work permit. For this, cabin safety and flight operations crew must provide documentation proving their identities and positions.

If your work in Canada encompasses presiding over religious events, preaching, or offering spiritual guidance, you are in one of the jobs that don’t need a work permit in Canada. Should you intend to provide such a service, you need to provide evidence beforehand to confirm that you can perform such tasks. You must also prove the existence of your employer or religious group beyond a reasonable doubt.

You are allowed to organise corporate meetings, exhibitions, association meetings, trade shows, and consumer shows without acquiring a Canadian work permit. These are the jobs that don’t require a work permit. However, this is conditional because the organisation for which the event is being held isn’t actively doing business within Canadian provinces. In addition, it isn’t located in Canada and doesn’t have any branches within the country.

Any crew member performing any operation on any form of international transport does not require a Canadian work permit to carry out their jobs. The sole condition is that this mode of transportation, an airline, must not be registered to or owned by a company in Canada.

A professional academic travelling to Canada to mentor or guide their students can do so without requiring a work permit.

You don’t need work permits to enter Canada if you are travelling to act as an investigator or expert witness before a tribunal, a Canadian court or a regulatory body.

Many people are working on non-commercial farms in Canada as volunteers. You can take up any such jobs in Canada without a work permit, provided that the primary reason for your travel is tourism.

Sometimes, the Canadian government strikes deals or enters into agreements with other countries. This might require foreign nationals to travel to Canada to work as a part of a government agency or department. In such a situation, too, work permits are not required. Families of such foreign nationals are also exempted from work permit requirements in case of a reciprocal agreement between both countries.

This includes consular officers, diplomats, officials, and representatives of other countries or an international organisation in which Canada is a participant. Such foreign representatives don’t need work permits to enter Canada.

Candidates studying physical therapy, medicine, occupational therapy, medical technology, or nursing can participate in practicums or clerkships, thus taking up jobs in Canada without a work permit. However, they require written express permission from a credible/registered provincial regulatory body.

Suppose you are already working in Canada, but your work permit has expired. In that case, you can continue working on the condition that you applied for your new work permit before the expiry of your previous permit.

There are situations where a judge, referee, or similar official can provide their services in Canada without a work permit. This is only allowed if this official is a part of any international amateur sporting event.

Military officials serving any country named in the Canadian Visiting Forces Act are permitted to travel to Canada without work permits only with official instructions.

If a news reporter is reporting on any Canadian event, they are exempted from work permit applications. However, they must not be dually working for a Canadian new organisation during this time. Foreign correspondents are also allowed to travel without work permits if they don’t hold a clerical or managerial position.

An international student currently studying at any Canadian institution and holding a study permit can perform certain operations in Canada. However, this work cannot extend beyond 20 hours per week during a typical academic semester. Students are allowed to work full-time shifts during summer or winter breaks.

Students can take up work on their respective school or college campuses without work permits. For example, a student can start working as a teaching or research assistant in their own school/college. It is one of the jobs that don’t need a work permit in Canada.

The Canadian government has created a long list of who can be considered a performing artist. Such persons can operate in Canada and don’t require work permits. However, if you are a part of any Canadian production or enterprise, you need a relevant work permit.

If you are considering Canadian immigration or looking for a temporary work visa in Canada, Croyez can help simplify the process for you. We will help you at every step and guide you through the categories and requirements throughout the entire immigration process. 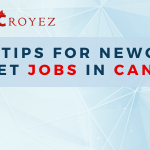 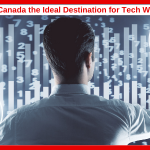 Why is Canada the Ideal Destination for Tech Workers?Canada Work Visa