The Nova Scotia Provincial Nominee Program, also known as the NSNP, permits qualified skilled workers and businesses to apply for permanent residency in Nova Scotia. The immigration program has undergone a few changes; this post will go over everything that has changed and how it may affect you as an applicant.

Table of Content show
1 Changes in the NSNP
2 PNP Draw for Nova Scotia on March 29th, 2021
3 How does the Provincial Nominee Program (PNP) work?
3.1 Also Read: Canada’s Express Entry Process: Everything You Need To Know About
4 The following steps are used in the paper-based process:
5 Process of Express Entry
6 A secondary method of applying

Changes in the NSNP

If you are interested in Nova Scotia Provincial Nominee Program, you can always check out the requirements and changes on the Croyez Immigration website or the ssnp.novascotia.ca. It is crucial to always check for the program’s details on trustworthy websites.

The following are the 2021 PNP Draws and Updates for Nova Scotia Immigration:

How does the Provincial Nominee Program (PNP) work?

This program is designed for candidates who:

Which Provincial Nominee Program stream you apply to will determine how you apply. You may be required to apply either online or on paper using Express Entry.

You’ll need to pass a medical exam and a background check as part of the application process (certificate). These checks are required for everyone, regardless of where they wish to live in Canada.

Also Read: Canada’s Express Entry Process: Everything You Need To Know About

The following steps are used in the paper-based process:

There are two ways to apply for the online Express Entry process:

A secondary method of applying

No matter the application process you choose, it is important that you:

Costas Menegakis, Immigration Minister Chris Alexander’s parliamentary secretary, noted that there is a general plan for how many individuals would be admitted to Canada each year. The federal government is in charge of the allocations, and increasing quotas for certain provinces depletes other streams.

Currently, it is doubtful that the federal government would accept Nova Scotia’s request for an increase in the Provincial Nominee Program (PNP) allotment. These facts will be made public later this fall. Other PNPs may be found around the country, including Manitoba, Alberta, New Brunswick, and British Columbia, to name a few.

For more information, please get in touch with our experienced consultants to understand the programme thoroughly. 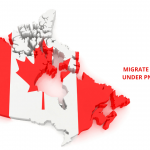